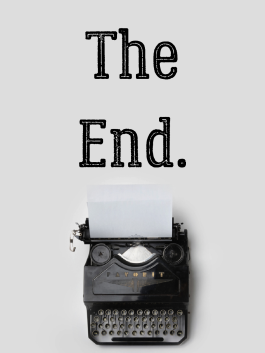 Yesterday, I wrote the best two words in my manuscript. Yes, I finished my rough draft! I’m not elated, like I’ve been with previous completed drafts, but I’m extremely satisfied and dang proud of myself. This is truly a rough draft and I have a lot of work ahead of me. But, y’all, I wrote it in less than 5 months. And actually, when I consider the fact that I didn’t write for 3 weeks while in Charleston, I wrote it in 4 months. FOUR MONTHS. I cut my drafting time by two-thirds! At 77,000 words exactly (uncannily), it is my longest first draft. And I did it writing 3 hours a day, 5 days a week. AND while pregnant! (Since July, at least.) This was a revolutionary draft for me, and I have many thoughts. Let’s dive into them!

Pre-writing saved my bacon. I took about 5 months to complete character questionnaires and create a Save the Cat style outline for my book. This helped in myriad ways. First, I already knew who my characters were. I got to know them better as I wrote, but my understanding of them from the beginning was already deep. Second, I didn’t spend time trying to figure out where to go next. I just looked at my outline and wrote what was next. Now, my beats were all related to the character arc. And some were completely arc points and not plot points, so I had to figure out what the scene looked like plot-wise. But arc is a stronger driving force in books (or should be, in my opinion), so I stayed on target the whole time. Third, knowing where I was going kept me motivated. I discovered plenty as I wrote (I changed one character halfway through, and invented a whole new one at the end), but for the most part, I was always writing toward somewhere known. And that kept me excited. I am not a pantser. Not knowing where the story is headed doesn’t excite me, it bores me. I would look ahead in my outline to find the next scene I was most excited about, and push myself through the scenes that lay between. It was incredibly fun and rewarding.

Momentum is huge. Whenever I made changes, which I did fairly often, I was faced with a choice: go back and edit the affected scenes, or write a few notes in those scenes and keep going. I opted for the second option, and at this point, I’m glad I did. Because I’m finished! And I have very clear, detailed notes to guide me as I revise. Yes, I’d have a cleaner draft if I had gone back and edited, but I wouldn’t be done. And watching my progress kept me motivated. Also, I experienced a lot of self doubt at the end. A LOT. I knew I had to keep going. I knew if I let myself get bogged down by it, it would takes weeks to dig myself out again. So I ignored that voice, and wrote anyway.

Consistency is key. Like I said, I wrote 5 to 6 days a week, usually weekdays but occasionally on Saturday as well if I hadn’t hit my 5,000 words for the week. I write during Nugget’s nap time, from 2 to 5 pm. Turbo is home from school in the afternoons, so that’s his screen time. I trained my mind to think creatively in that window. There were times I wrote in the mornings or evenings, and it was always much harder to get started because my brain isn’t used to thinking that way at those times. Having a dedicated writing time and a goal for each week kept me on track.

So what’s next? Revisions and then off to my critique partners, then more revisions, then beta readers, then more revisions, and so on. Turbo was in the room with me when I finished. He asked if I would stop writing every afternoon. I laughed and told him that when you write a book, you’re not done because then you have to go through it and fix it, and then you got through it and fix it again, and you keep doing that over and over. He seemed horrified at the idea. I’m delighted.

7 thoughts on “I Finished!”